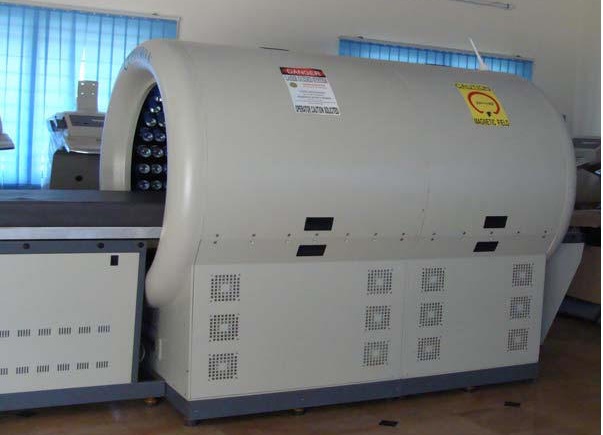 A Bengaluru-based scientist’s medical invention gets the US Food and Drug Administration (FDA)’s Centre for Devices and Radiological Health’s ‘breakthrough’ tag. The USFDA has designated the invention as a “breakthrough device” in the treatment of liver, pancreatic and breast cancers.
“We are pleased to inform you that your device and proposed indication for use meet the criteria and have been granted designation as a breakthrough device,” states a communique from the FDA wing to Shreis Scalene Sciences, the company that had taken the device to the US. Cytotron, developed by Dr Rajah Vijay Kumar, aids in tissue engineering of cancer cells, altering how specific proteins are regulated to stop these cells from multiplying and spreading. Cytotron uses fast radio bursts (FRB), high energy and powerful short radio bursts in which both electric and magnetic components of the electromagnetic signals are “circularly” polarised. FRBs are produced when a radio signal travels through a powerful instantaneous magnetic field on its path to the target. “FRBs can be used to communicate with the cellular command and control, to up or down-regulate a specific protein or gene,” Kumar said in a statement.
According to the company’s designation request, Cytotron is intended to cause degeneration of uncontrolled growth of tissues. It is indicated for treating protein-linked, abnormally regenerating disorders such as neoplastic disease, by selectively targeting and enabling tissue apoptosis, allowing extended progression-free survival, with pain relief, palliation, improved quality and dignity of life. It is indicated for the treatment of solid tumours of the breast, liver, and pancreas.
Dr Rajah Vijay Kumar had developed Cytotron at the Centre for Advanced Research which is headquartered in Bhopal, after nearly 30 years of research into cellular pathways and interactions with specifically modulated fast radio bursts.
“The devices will all be made in India, given that there are hardly any imported components. And our American partner will take the device to the US. Cytotron is already an approved medical device and is in use in use in the UAE, Mexico, Malaysia and Hong Kong, among others,” added Dr Kumar.
“In cancer cells, Cytotron does two things: First, it alters the protein pathways of a pro-apoptosis protein called p53 via p21 inducing programmed cell death in the cancer cells. Second, exposure to Cytotron stops metastasis by inhibiting the epithelial-mesenchymal transition cells, responsible for the spread of cancer; 90% of cancer patients die due to metastasis,” said Dr Kumar.