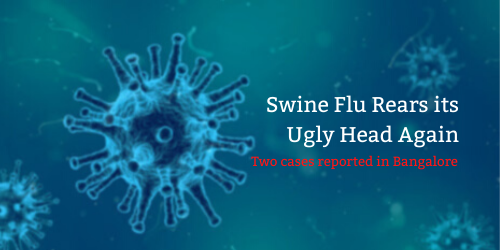 Bringing another challenge to the country, which is already busy dealing with the coronavirus, two employees were tested positive for H1N1 swine flu in Bangalore. Following this, German software giant SAP, where the employees are working on Thursday shut down their offices in India for “extensive sanitation”.
As a precautionary measure, the company temporarily closed its offices in Bangalore and two other locations, Gurgaon and Mumbai. They also directed their staff to work from their home until further notice amid ongoing global crises caused by deadly coronavirus infection.
According to a company statement, detailed contact tracing that the infected colleagues may have come into contact with is underway.
The remedial measures planned by the company include sanitising and fumigating the premises to limit the spread of the infection.
It also directed its staff to seek medical help for symptoms matching the infection. But, the company doesn’t disclose whether the infected staff had any travel history or mention their medical condition.
First reported in 2009 in the United States, H1N1 flu symptoms include fever, chills and sore throat is similar to seasonal influenza but has been characterised by higher fatality rates among healthy young adults and higher incidence of viral pneumonia. In 2014-15, over 31000 people were tested positive for swine flu and claimed 2000 lives in India.