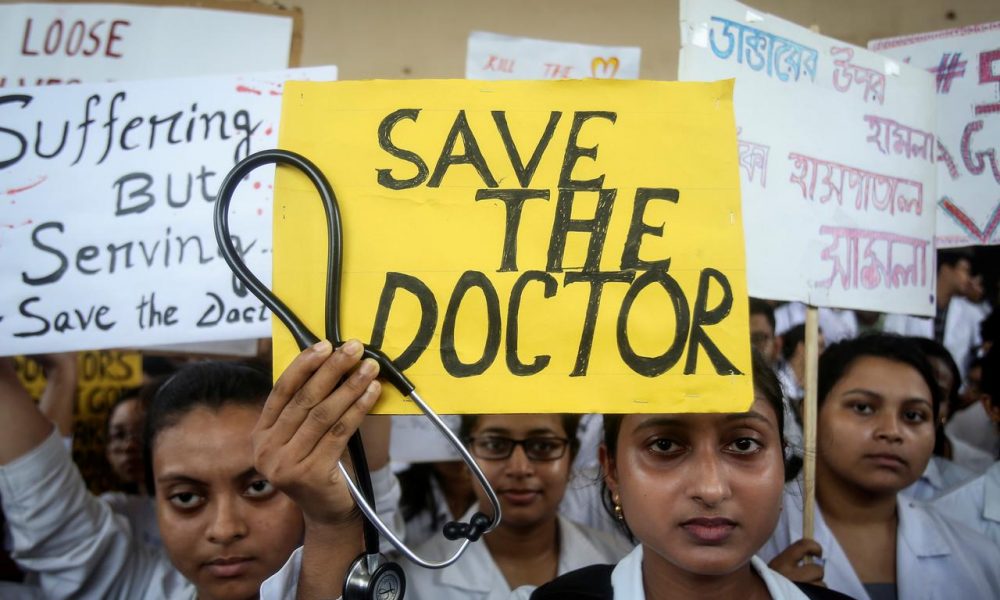 Now, assaulting doctors may end up with a 10-year prison sentence 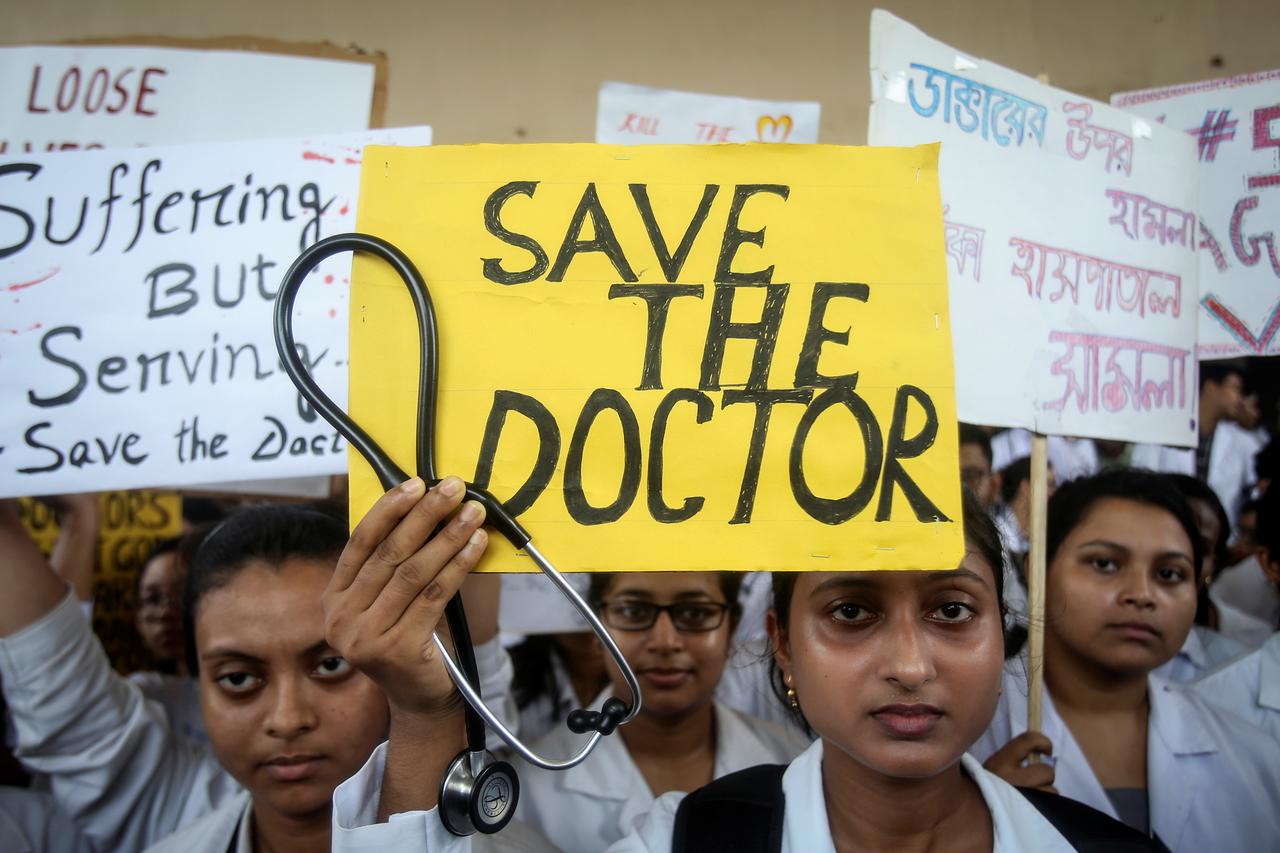 As incidents of violence against doctors continue to occur, the health ministry is planning a 10-year jail term, and a fine between Rs 2 lakh to 10 lakh, for persons who found guilty of physically or mentally abusing doctors. This strong message to the public is according to the draft bill provisions meant to prevent violence against doctors.
The draft bill was presented in the second meeting of the 10-member committee by the Union health ministry in the first week of July to examine the feasibility of bringing a central law to make violence against doctors a criminal offence covered under the Indian Penal Code (IPC) and the Code of Criminal Procedure (CrCP). The committee agreed that such a law is needed and an eight-member sub-committee was constituted to draft the bill.
“The most important aspect of the draft bill is the gradation system, which looks at the type of assault and describes the punishment accordingly. For a simple injury, the minimum punishment would be six months imprisonment and/or Rs 50,000 fine and the maximum would be five years imprisonment and/or Rs 5 lakh fine,” said one of the eight-member drafting subcommittee members.
He also added that for a grievous injury for which a doctor has to miss work for 20 days, the sentence would be between two years and ten years. The fine would be between two lakh and ten lakh. According to the bill, assaulting doctors would be a cognisable, non-bailable offence, which means, a person can be arrested without a warrant and will need to approach the magistrate or court for bail. The bill does not address injuries that might lead to death as it is already covered under IPC/CrPC.
At present, laws to protect doctors from violence exist in 19 states. The central bill will replace the state acts if it comes to force.
Dr Jateen Ukrani, consulting psychiatrist at PsyCare Neuropsychiatry Centre, Delhi, said making strong laws is only one part of the solution. “There are such laws in 19 states already, but there have been no convictions. A strong law will be of no use unless action is taken,” he said. “The other part of the solution would be for the government to look at the root cause. There is a need for increasing healthcare funding, improving facilities, increasing the number of doctors. Only then will the patient be satisfied and there will be fewer incidents of violence,” Dr Ukrani added.
The draft bill does not make provisions for an institutional FIR (first information report), which was a demand raised by the Federation of Resident Doctors’ Association (FORDA). “The concept of institutional FIR is not mentioned in the draft bill. However, it does state that if the victim chooses, they may give a written representation to the institution and ask them to file a case on their behalf,” added an official.