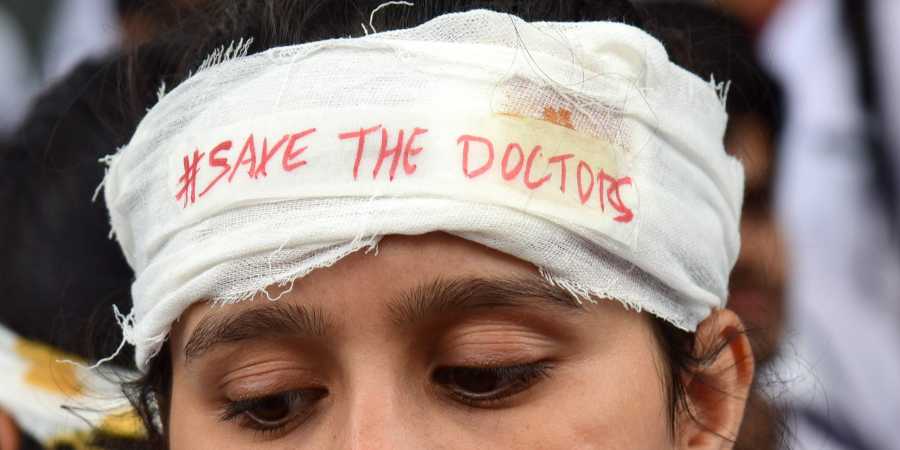 The ministries of home affairs and law and justice have asked the health ministry to revisit some of the provisions in draft legislation that seeks to check violence against medical professionals citing certain ambiguities and loopholes.
During an inter-ministerial consultation, the ministry observed that while as a general rule, a non-bailable offence carries a term of imprisonment of three years or more. The proposed bill mentions that “all offences under this Act are cognizable and non-bailable” but the offence under section 5(1) carries minimum sentences of six months.
According to the ministry, the offence under section 5(1) of the proposed bill should be bailable.
Clause 5 in the draft law which deals with the offences and penalties states that whoever commits violence or abets or incites the commission of violence against any healthcare service personnel or abets or incites or causes damage or loss to any property of a clinical establishment, shall, upon conviction, be punished with imprisonment for a term not be less than six months but which may extend to five years. It also mentions a fine which will not be less than Rs 50,000 and may extend to Rs 5 lakh.
The Home Ministry also pointed out that the clause which mentions the level of investigating officer for the cases under the proposed bill needs to be reconsidered as there are not many police officers of the levels of DSP or above in a district.
‘As per section (5) of the draft bill, different quantum of imprisonments ranging from 6 months to 10 years have been provided and such situation may create ambiguity regarding the court of appropriate jurisdiction for conducting a trial of various offences as prescribed in section 5 of the draft bill,’ states the law Ministry in its observations.
Thus, the ministry further suggests that a provision may be incorporated to make the offences under the bill/act triable by a designated court/special court.
The ministry also observed that the proposed bill does not have any provision prescribing a time limit for completing investigation and filing of the charge sheet. Hence, it suggested that suitable provisions for time-bound filing of charge sheet in 60 days may be incorporated in the bill. It also proposed that some procedure for definite/determined compensation may be prescribed and it may be left to the court to determine the compensation in alternate.
The health ministry is intending to introduce the Health Services Personnel and Clinical Establishments s (Prohibition of Violence and Damage to Property) Bill, 2019 that seeks to punish people who assault on-duty doctors and other healthcare professionals by imposing a jail term of up to 10 years in the ongoing session of parliament.