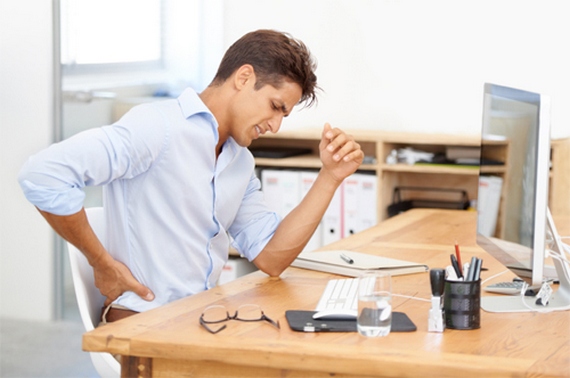 Medical sector said to under-treat pain.Unclear definition is a problem

According to WHO’s Global Burden of Disease study, every fifth person likely suffers from some type of pain. However, medical sector comes under criticism for failure to treating pain seriously.

By some estimates, chronic pain-defined as pain which lasts for over three months affects some 10% of the global population. Due to lack of reliable data, this figure may be an under-estimation though.

India has a serious dearth of pain-related data. In fact, the only nationally representative study related to pain is WHO’s study of ageing and adult health(SAGE) which was conducted in 2007 in six Indian states.

Of the 4,665 respondents below 50 who partook in the study, 7% reported that they were diagnosed with arthritis.

But the curious fact was that when questions about symptoms were asked, the prevalence was found to be at 9%.

Of the 6,557 adults over the age of 50, the prevalence of arthritis was higher than those under 50. 18% reported they have the disease. But based on symptoms, the percentage became 23%. Older women suffered from the disease in more number than older men. However, it was less likely that the women would get treated. It was also found that poor people above 50 get much less treatment compared to their richer peers.

Though rather ubiquitous, pain is under-treated by health systems all over the world. Pain’s multifaceted and ambiguous nature is given as one of the major reasons for this. The parameters related to pain are many- acute of chronic, regional or widespread, its causes and pathways etc.

This level of uncertainty perplexes biomedicine- the key healthcare model across the world. Multiple studies have found that experiences of pain which don’t fall in predefined categories are often eyed skeptically or maybe even delegitimized.

This factor is especially true for pain in relation to gender. The fact that women face a higher risk of the most common types of pain than men is something that’s proven in multiple clinical as well as sociological studies. That being the case, it’s still the truth that even in the best health care settings where accessibility isn’t a huge problem, women with pain have a tough time being taken seriously.

Aside from the ambiguous definition of pain, another problem is that doctors are rarely trained for it. As Judy Foreman points out in her book ‘A Nation in Pain: Healing Our Biggest Health Problem’, in 80% of the world, pain management isn’t taught at all in medical schools.

Solution-both societal as well as clinical

But perhaps the problem of dealing with pain is less with the execution and more with the way in which pain is understood. The increasing understanding is that health and illness are as socially determined as they are biologically. This could be particularly true with pain.

There is also the case of the inequality in global distribution of pain control and care. For instance, high-income nations with less than 15% of the world’s population make up over 90% of the global morphine users. According to a report by the American Cancer Society, low and middle income nations record 74% deaths of those who remained untreated for pain as they suffered from AIDS and cancer- these people consume just 7% of medical opioids. Among these deaths, India accounts for 23% . In fact, India is the second largest of the groups after sub Saharan Africa.
Inequality in pain care exists within the country as well. As WHO SAGE 2007 reveals, even though Indian rural respondents (both below and over 50 years) have higher prevalence of arthritis, the chances of them receiving treatment were lesser than their urban peers.

Issues with access to essential medication forms only a minor part of the big problem. In fact, much of the solution may exist outside the realm of conventional healthcare services, as emphasized by the WHO’s Commission on Social Determinants.

To begin with, we would need good data on all types of pain as linked to gender, caste, poverty and the kind of work one does. A broader definition of pain would help make such data more holistic.