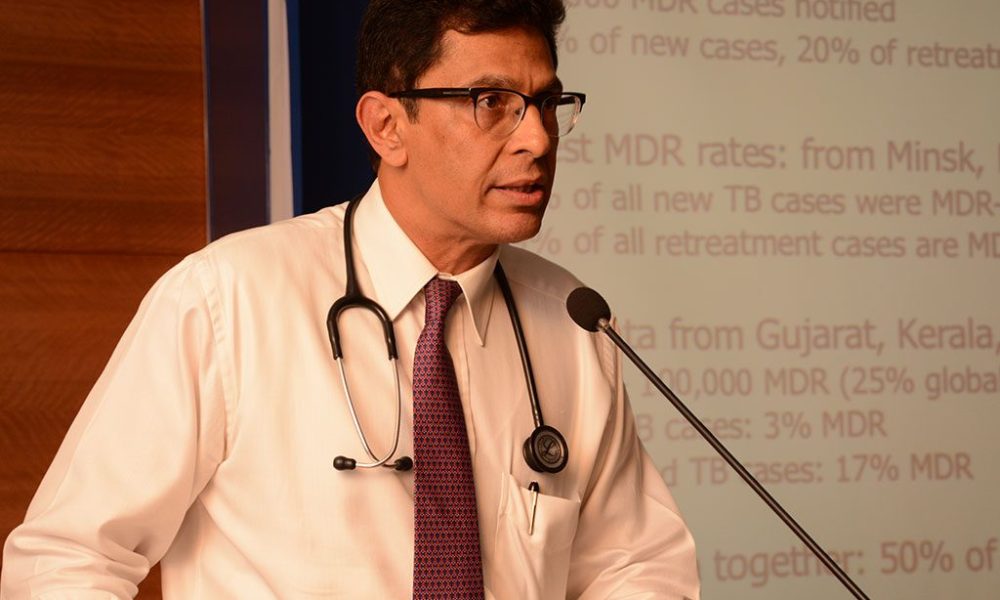 When Dr. Zarir Udwadia wrote a letter to a medical journal regarding patients in Mumbai suffering from an non-treatable form of TB, he hoped it would move authorities to heighten the fight against the disease. However, what happened was that the Indian government came out with a backlash, landing the Mumbai based doctor in controversy.

The letter was written in 2011 and until then, Dr. Udwadia and the free weekly TB clinic which he has been running for over two decades was not widely known.

In the letter the doctor wrote about four of his patients for whom none of the common medicines proved effective. The fact that the deadly bacterial infection could be spread via sneeze or a cough from one person to another(say in a bus, or a flight) made the global health authorities sit up and take notice. This in turn became an issue for the Indian government.

TB has been around so long that it’s been found in skeletons of Egyptian mummies and there’s even a mention in the Rig-Veda. But the disease seems to have a shelf-life that surpasses generations.

India has the largest number of TB patients globally- over two million(There are more than nine million cases in the world). Also, India has the most number of drug-resistant patients. Of them, almost a lakh have multidrug resistance.

It’s in this backdrop that Dr. Udwadia wrote the letter.

Media takes up the issue

The Indian media took up the matter and multidrug resistant TB became an issue of national interest. However, the government officials denied the problem publicly. They also accused the doctor of setting off an unwanted panic. A health official in Mumbai even seized the doctor’s patient samples for retesting.

Following the backlash, the doctor remained silent. For a while, that is, before coming out even more outspoken. He defended hid=s findings vigorously and denounced the government for its complacency. The doctor-who is 55 years old has been a vocal critic of the government which fails to use new generation of medicines to fight the disease.

As per the doctor, what with the new TB drugs approved by the FDA, there’s no reason anyone should die with the disease. He says that the only reason why these drugs are not available in India is government inertia.

A passion for treating

The doctor’s passion for treating his patients comes across not just in the public stand he takes against the government but also in such things as refusing to wear a mask while treating patients. Though his wife says that he worries about contracting TB, the doctor asks how one can connect to a patient with a mask over your face. His precaution is to leave the window open so that the air circulation is good-this brings down the chances of infection.

The significance of what Dr. Udwadia does for the TB patients in India comes across clearly in the words of Chapal Mehra, a public health specialist: “He’s the conscience keeper and the pioneer. He stood his ground when the government tried to terrorize him, and forced us all to see the dirt.”

The doctor and Mumbai

Mumbai is the doctor’s home city, where he grew up and did his training in multiple government hospitals- places where TB patients were all too common. He also practiced at the City Hospital in Edinburgh- the same place where for the first time, medicines were combined for a cure by researchers.

After his stint in Edinburgh, the doctor came back to India in 1991 and set up his own medical practice. The number of patients he got was so few that he opened a free clinic. Now, it’s the busiest outpatient clinic in his hospital.

A couple of years later, India saw its first cases of drug-resistant TB. The doctor became something of an expert in treating such patients by using combinations of medicines.

The government giving in- somewhat

Despite the government slamming him, the doctor continued being vocal about the need for drug resistant programs. The Indian government eventually announced a rise in funding for the nation’s TB programs, having a particular focus on drug resistance.

As Mr. Mehra says, “They would never have created drug-resistance programs if it weren’t for him.”

However, the doctor mentions how the government programs still don’t identify or treat most of the drug-resistant patients. For instance, he says, two new TB drugs approved in the US and Europe many years ago are still unavailable in India.

Such a situation, he says, is “scandalous” in a country with so many desperate patients.