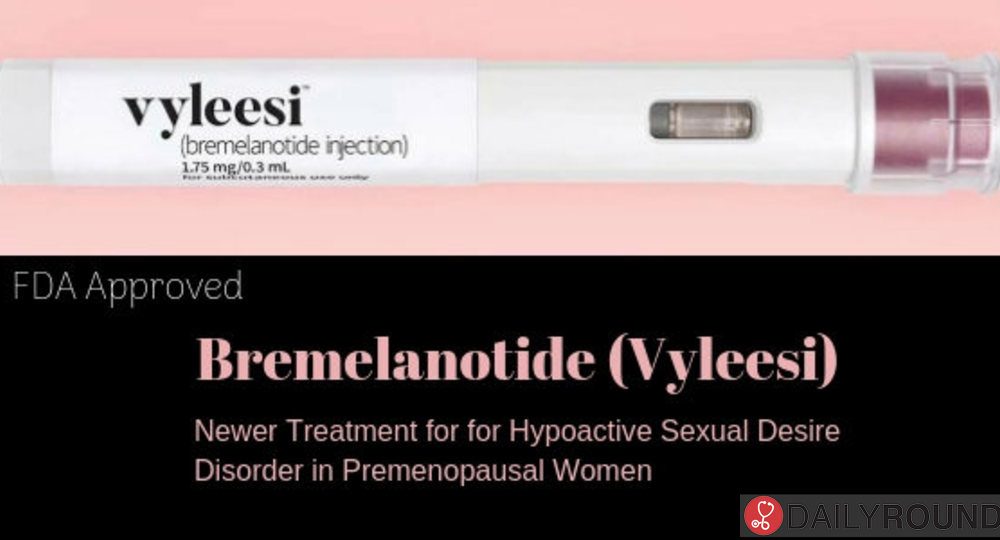 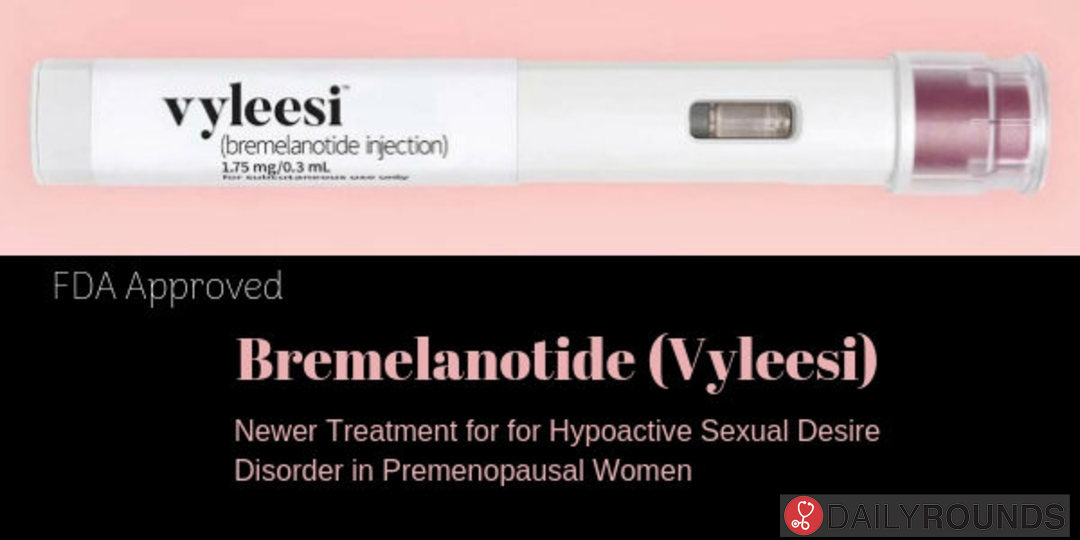 THE PROBLEM STATEMENT:
HSDD is characterized by low sexual desire that causes marked distress or interpersonal difficulty and is not due to a co-existing medical or psychiatric condition, problems within the relationship or the effects of a medication or other drug substance. Acquired HSDD develops in a patient who previously experienced no problems with sexual desire. Generalized HSDD refers to HSDD that occurs regardless of the type of sexual activity, situation or partner.

MECHANISM OF ACTION:
Bremelanotide (Vyleesi) activates melanocortin receptors, but the mechanism by which it improves sexual desire and related distress is unknown.

DOSAGE AND USE:
It is designed to be self-administered subcutaneously with a disposable autoinjector over abdomen or thigh at least 45 minutes before anticipated sexual activity and may decide the optimal time to use Vyleesi based on how they experience the duration of benefit and any side effects, such as nausea. Patients should not use more than one dose within 24 hours or more than eight doses per month. Patients should discontinue treatment after eight weeks if they do not report an improvement in sexual desire and associated distress.

ADVERSE EFFECTS:
• Most common side effects: Nausea (around 40% of patient experienced it with 13% needing medications for the treatment of the same) and vomiting, flushing, injection site reactions, and headache.
• About 1% of patients treated with Vyleesi in the clinical trials reported darkening of the gums and parts of the skin, including the face and breasts, which did not go away in about half the patients after stopping treatment. Patients with dark skin were more likely to develop this side effect.

CONTRAINDICATIONS:
• In the clinical trials, Vyleesi increased BP after dosing, which usually resolved within 12 hours. Hence contraindicated in patients with high blood pressure that is uncontrolled or in those with known cardiovascular disease.
• Not recommended in patients at high risk for cardiovascular disease.
• When naltrexone is taken by mouth, Vyleesi may significantly decrease the levels of naltrexone in the blood. Patients who take a naltrexone-containing medication by mouth to treat alcohol or opioid dependence should not use Vyleesi because it could lead to naltrexone treatment failure.