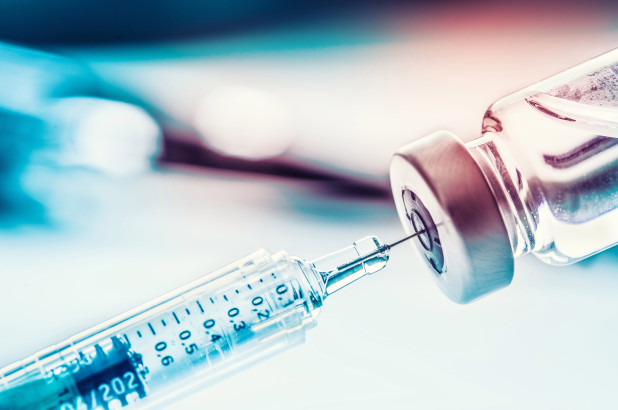 A single dose of this new drug could improve dermatitis

A new proof-of-concept study led by researchers from the University of Oxford in the United Kingdom suggests that a new drug, called “etokimab,” could be an effective alternative for atopic dermatitis. Their findings appear in the journal Science Translational Medicine, and the researchers thank AnaptysBio, a clinical-stage antibody development company, for funding the small trial.

Atopic Dermatitis is a chronic condition that causes the skin to become sore, dry, cracked, and irritated. At present, there is no cure for this skin condition, but doctors can help people find a treatment plan that helps reduce the severity of symptoms when they occur. Such treatment plans include adjusting diet and lifestyle, using topical creams, and taking other forms of medication, such as immunosuppressants.

But, these medications can have side effects, including high blood pressure, liver problems, headaches, dizziness, and nausea.

In the new study, the researchers recruited 12 participants with atopic dermatitis. The participants of the study received a dose of etokimab. This drug targets a signalling molecule called interleukin 33 (IL-33), which has a role in targeting immune responses.

83% of the participants who received the treatment displayed significant improvements in physical symptoms of dermatitis, reducing their scores of disease severity by at least half, after 29 days. Not only that but also at the end of the study period, the participants also showed a 40% reduction in the levels of a particular type of immune cell in the bloodstream. The cell is eosinophil, and it is linked to how sensitive a person is to different allergens.

The ongoing trial has enlisted around 300 participants, and it aims to confirm the effectiveness of etokimab in treating atopic dermatitis.

“This clinical trial is the first time we’ve looked at how blocking IL-33 can help people with atopic dermatitis, and we have found they experienced significant improvement in their symptoms after a single dose,” says lead researcher Prof. Graham Ogg.

“These results are only very preliminary, and we need to be cautious, but we’re currently testing the therapy in a larger double-blind randomized trial in people with atopic dermatitis, and we look forward to seeing the results,” he added.

The researchers also believe that further studies on the role of IL-33 in skin health could reveal whether or not etokimab might also help treat a more varied array of immune conditions. This notion is based on a series of observations that the investigators made throughout the small trial. They explain that during the study, the first delivered a placebo injection to the participants. A week after that, they gave them the injection with etokimab. At 4 days following each of these two injections, the researchers performed an experiment: They injected a placebo substance into the skin of the participants’ left arms, and house dust mite allergens into the skin of their right arms.

The investigators then took samples of cells and fluid from the site of these injections to analyze them. They found that at one day after receiving the treatment with etokimab, the participants experienced less neutrophil activity in the spots the researchers challenged with allergens. Neutrophils, which are a type of immune cell, are involved in inflammation. This, they argue, suggests that targeting IL-33 could help treat different immune conditions that involve heightened neutrophil activity.

The researchers also thank the people who’ve generously contributed skin and blood samples over the years to help them understand the underlying processes that contribute to their atopic dermatitis.