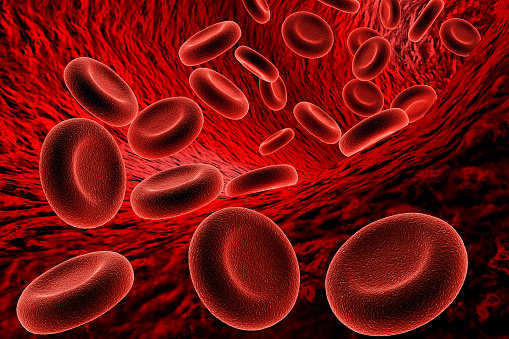 In a significant step towards creating grafts that are more like the natural skin, a team led by an Indian origin scientist has developed a novel way to 3D print living skin complete with blood vessels. The study is published in the journal Tissue Engineering Part A.
Three-Dimensional printing or 3D bioprinting combine cells, growth factors, and biomaterials to fabricate biomedical parts that maximally imitate natural tissue characteristics.
The team of researchers from Rensselaer Polytechnic Institute in New York and Yale School of Medicine combined cells found in human blood vessels with other ingredients including animal collagen and printed a skin-like material. A few weeks later, the cells started to form into the vasculature. The skin was then grafted onto a mouse and was found to connect with the animal’s vessels. “That’s extremely important because we know there is a transfer of blood and nutrients to the graft which is keeping the graft alive,” said Pankaj Karande, an associate professor at Rensselaer Polytechnic Institute in the US.
Karande explained: “Right now, whatever is available as a clinical product is more like a fancy Band-Aid. It provides some accelerated wound healing, but eventually, it just falls off; it never really integrates with the host cells.”
According to the research, a significant barrier to that integration has been the absence of a functioning vascular system in the skin grafts. Once, the barrier was identified, they found that if they add key elements including human endothelial cells, which line the inside of blood vessels, and human pericyte cells, which wrap around the endothelial cells with animal collagen and other structural cells typically found in a skin graft, the cells start communicating.
Karande’s team previously showed human cells could be used to print a material similar to the skin. The team will look at the CRISPR gene-editing technology so that the vessels can integrate and be accepted by the patient’s body.
Karande hopes the technology will soon help people with pressure ulcers, or diabetics whose wounds can heal slowly. “For those patients, these would be perfect, because ulcers usually appear at distinct locations on the body and can be addressed with smaller pieces of skin,” he said. He also added that noted that more work is needed to address the challenges associated with burn patients, which include the loss of nerve and vascular endings.
“This significant development highlights the vast potential of 3D bioprinting in precision medicine, where solutions can be tailored to specific situations and eventually to individuals,” said Deepak Vashishth, the director of Center for Biotechnology and Interdisciplinary Studies (CBIS) in the US.