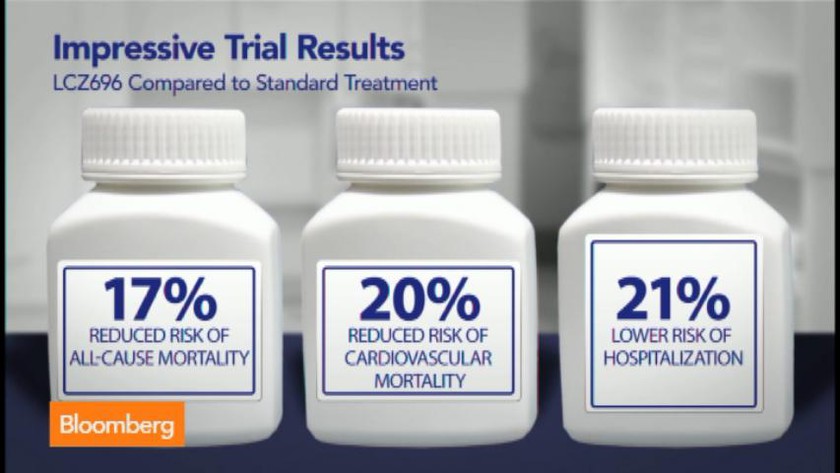 Controversy over Sacubitril–Valsartan in heart failure : A real breakthrough or just a small increment ?

Sacubitril–Valsartan combination coded “LCZ696” successfully completed a large phase 3 trial termed as “Paradigm HF”; furthermore the trial was stopped midway as LCZ696 was able to show a clear mortality benefit over the comparative arm. The trial was published in NEJM and an accompanying editorial by Mariel Jessup noted that “Paradigm trial may well represent a new threshold of hope for heart failure patients.”

What is Sacubitril ?
Sacubitril is an inhibitor of enzyme called neprilysin, which is a neutral endopeptidase. Neprilysin is involved in degradation of several vasoactive substances like natriuretic peptides, bradykinin and adrenomedullin. Inhibition of neprilysin degradation increases the levels of vasoactive substances, thereby decreasing the deleterious neurohormonal activation and the subsequent vasoconstriction, sodium retention and maladaptive remodeling.

What was studied in Paradigm HF ?
Paradigm HF compared the combination of Sacubitril and an angiotensin receptor blocker Valsartan with angiotensin converting enzyme inhibitor Enalapril. The trial was funded by the innovator company Novartis; and was one of the largest trials in heart failure patients. The results showed that the new combination reduced both cardiovascular deaths and hospitalization by around 20%; thereby concluding that LCZ696 is superior to enalapril in heart failure patients.

The opinion is divided upon the real breakthrough value of this large trial. Some argue that the results are highly hyped for creating the next blockbuster drug without much paradigm shift in care offered to heart failure patients.

Paradigm HF trial is a large study indeed; involving more than eight thousand heart failure patients across various countries. Randomized control trials (RCT) are considered to be gold standard for evaluation of new intervention. Paradigm HF, apart from being a RCT is fairly well designed, which makes it a very good study from evidence point of view. The outcomes measured in this trial were not a surrogate marker like a laboratory value. Real patient centric outcomes like death, hospitalization were measured.

“Too stringent inclusion criteria; restricting the dose of the comparator arm and terminating the study midway – A deadly cocktail for exaggerating the benefit”

The dose dilemma
Look closely at the dose between study groups and you will realize that the LCZ696 arm was designed to receive the maximum daily dose of valsartan (160mg) approved for heart failure. But the same does not apply to enalapril; the dose was restricted to 10 mg twice daily; whereas the maximum daily dose can reach up to 20mg twice daily. The question that can arise is did the sponsor try to restrict the dose of the comparator group. The company do has an answer; the previous trials of enalapril in heart failure never exceeded an average dose of 20mg/day.
The run-in period
A run-in period before randomization excludes patients who are not capable of completing the trial because of issues like adverse effects, compliance and others. The run-in period used in this trial makes it too restrictive for inclusion of patients. About 20% of screened patients were not included in the study after run-in-period. You could probably start worrying about the general applicability of the trial; as the real life practice does not come with a run-in period to test whether a drug is tolerable.
The early termination
The study was terminated because of a clear mortality benefit of the new intervention. But what if that advantage diminishes over the period of time. The same issue was scrutinized in the past and it was found out that early termination of trials might exaggerate the benefits. Was this strategy an old trick to exaggerate the benefit?

LCZ696 – The way ahead
The innovator has applied for marketing authorization of LCZ696 in US and EU countries. The regulatory authorities in the respective regions are expected to take action anytime soon. It’s hard to say what the authorities will decide. By all the available evidence, it seems like LCZ696 could pass the test. Finally, if you ask me; whether the new combination is better than available options; I would say – “Yes, but may be not as good as it claims to be”