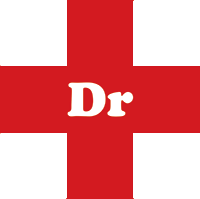 Doctor’s new symbol- all you need to know

Doctors now have a new sign to represent their profession. The symbol- just a minor variation of the previous red plus was chosen by the Indian Medical Association(IMA).

Compared to the previous one, the new logo has a slightly lighter shade (It’s 90% red compared to the original)The key difference though is the “Dr” written in the middle of the cross in the new symbol. (Another shortlist had “Rx” instead of “Dr.”)The IMA considered more than 100 designs before picking the final one.

The new symbol could be used by doctors practicing modern medicine- in other words, MBBS qualified doctors. Practitioners of ayurveda and homeopathy medicines, as also veterinary doctors wouldn’t be allowed to use the new symbol. It’s also hoped that the new symbol would help people differentiate quacks from real doctors.

Meanwhile, certain chemists have already moved from the old red logo and started using a green plus sign.

Change, long time in the making

A curious aspect about all of this is that the issue of changing the logo has been around for a number of years. But the implementation has delayed. In fact, ICRC asked IMA to stop the unauthorized use of their logo in 2007. However, the change has taken its time in coming. In true Indian fashion?