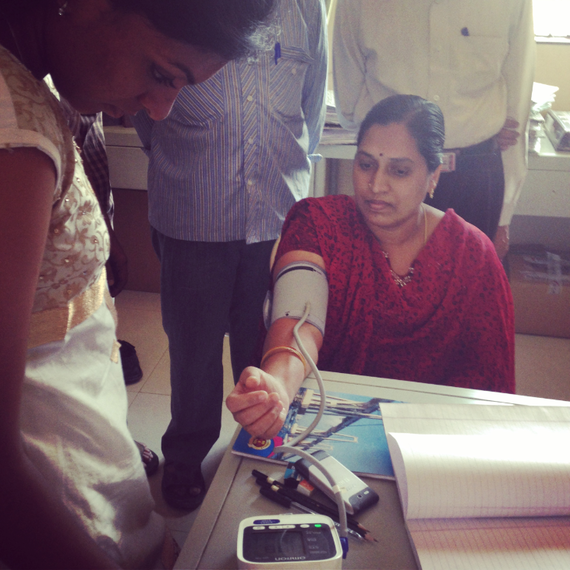 Finding out in a medical check-up that you are pre-diabetic, altering  diet to control blood sugar levels only to have it not yield any significant result, losing weight rapidly and blurring of vision…these are things that may lead to a diagnosis of type-2 diabetes.

And more and more number of Indians are being diagnosed of diabetes these days. As it turns out, there is a ‘good’ reason for this- which is largely economic.

From a rich-only disease to all-inclusive

In recent years, it’s been found the bulk of the rise in diabetes cases is found among people from poor and middle-income tier.

For a long time, diabetes has been associated with affluence, being a disease of the rich. However, regional studies conducted in recent years show that diabetes is slowly yet steadily spreading among the lower income groups in the country. A national survey of the disease- named the Indian Council of Medical Research- India Diabetes(ICMR-INDIAB) reveals that more number of poor and middle-income people are falling victims to the disease.

ICMR-INDIAB is the largest such study in diabetes in the nation. It includes data collected from over 57,000 people from 15 states. People from both urban and rural areas are involved in the study. The study takes into account 363.7 million Indians- that’s 51% of the nation’s adult population.

Though studies of this kind have been done previously, they were only regional in nature, involving small sample sizes and also low response rates. Also, the diagnostic criteria were also varied. For the current study, the researchers considered the following: height, body weight, waist circumference and blood pressure. To diagnose diabetes and pre-diabetes, they used glucose tolerance tests.

“We have also provided the first-ever data on the status of the diabetes epidemic in the North-Eastern states of India,” said Dr RM Anjana,  the study’s lead author. The study was published in the journal, The Lancet Diabetes & Endocrinology.

Results of the study

It’s been found that the prevalence of diabetes in the 15 states was 7.3%. The rates were different in different states- varying from 4.3%(Bihar) to 13.6%(Chandigarh). For pre-diabetes, the overall prevalence was 10.3%. It was also found that men are likelier to get diabetes than women.

Nearly half of those enrolled in the study were never diagnosed before. They  were unaware of their diabetes until the tests happened.

Compared to rural regions, urban areas have twice the number of diabetes cases- 11.2% against 5.2%. But in urban regions in more economically advanced states, diabetes was found to be higher in those even from low socio-economic backgrounds. This transition is said to be quite common in high-income nations.

“This trend is a matter of great concern because it suggests that the diabetes epidemic is spreading to individuals who can least afford to pay for its management,” says Anjana. “The peculiarity about this epidemic in India is the relatively young age of onset compared to the Western world.”

It seems that the problem is an off-shoot of the rise in the prosperity of the nation.

Early onset of the disease

As per the study, the age of onset is in the 25-34 year age bracket: at least two decades earlier than it is in developed nations.

While those in urban regions have access to care and can probably afford it, those in semi-urban and rural areas face a tough time- lacking in access to good clinics. Since they are unable to access care earlier, they would face more risks of advanced complications like renal failure and blindness from retinopathy.

As per Anjana, the changing lifestyle among the middle-class and poor people in bigger cities could be why the demographic shift happened in the diabetes epidemic.

“Those who were walking to work can now afford to take a bus or buy a motorbike and they are discouraged from being physically active,” she says. “Also, as affordable fast-food and sweetened beverages become more and easily available, people are encouraged to consume these in large quantities putting their health at risk.”

Kerala is the Indian state with the highest reported prevalence of diabetes. The state recently imposed a fat-tax, which could be a move in the right direction, Nations including the UK now impose sugar tax on sweetened food and beverages.

As for the extent to which such measures could help curb the diabetic epidemic in India, Anjana says that it may help but only to a certain extent.

“It would be the steps taken by individuals for their own health and the government’s for their citizens that will help,” she says. “People should adopt a healthier lifestyle such as consuming a healthy diet and increasing physical activity.”

She recommends that the governments- central and states alike should make policy changes and investment so that the burden of diseases like diabetes could be controlled. Ensuring supply of nutritious food and creating public spaces to exercise are examples of such measures. It’s hoped that the nation-wide program called ‘The National Program for Control of Diabetes’ could help improve the diabetes awareness levels in the country.

“The central government can take up a separate National Diabetes Control Programme and the state governments can improve diabetes care in all rural sub-centres and public health centres by making glucose monitors available and having a diabetes clinic once a week,” he says. “They can also have a good referral pattern for people with complications to their state-run hospitals at the district level.”

As per Dr Thakasphon Thamarangsi, the director of non-communicable diseases and environmental health at the WHO regional office in New Delhi, no single policy could ensure prevention of diseases like diabetes. “It calls for a whole-of-government and whole-of-society approach, in which all sectors systematically consider the health impact of policies in trade, agriculture, finance, transport, education and urban planning,” he says.

Meanwhile, more information will be added to the ICMR-NDIAB study from the remaining states. As per Anjana, the data for the whole of India may be available in a few years.

With stats and inputs from scroll.in