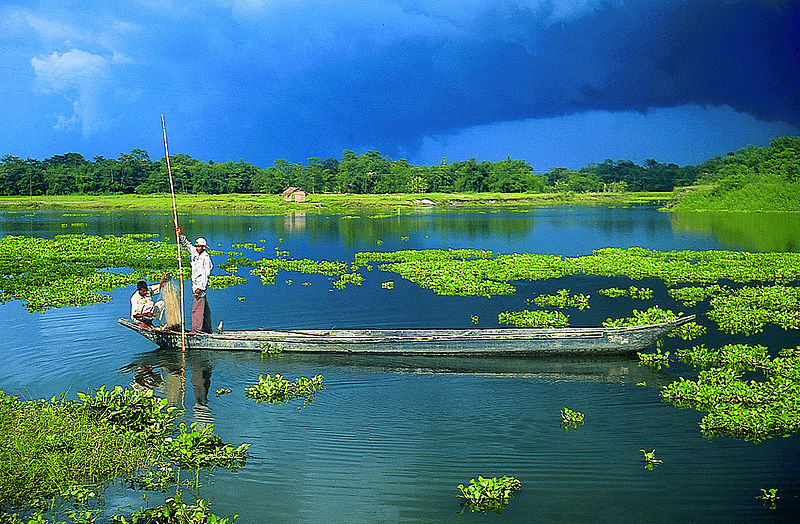 For a country where malnourishment and lack of access to health centers are as much a part of reality as cows roaming in the busy streets, India has a notoriously low budget allocation for healthcare- around 1.3 percent of its GDP. The ones that are hardest hit by this apathy are the ones who live in the rural areas. And India being a country that has been around for millennia, there are plenty of rural settlements.

Which brings us to Majuli- a small and picturesque(you can look it up on Google) river island in the north-eastern state of Assam. Notwithstanding the tranquil lakes and the dreamily blue skies, something disturbing is stirring on the ground at Majuli. In the absence of doctors and healthcare infrastructure, the people are resorting to occultism as it was practiced centuries ago.

An instance of this practice comes across in the case of Rajan Pegu of the Baaspora village. He was beaten to death by the villagers. The reason?- a few ‘unexplained’ deaths occurred in the short span of a few weeks. The villagers made their own diagnosis- dark magic. A witch was surely among them who brought this calamity upon them.

A crowd arrived at the old man Pegu’s hut. One of them asked him, “Old man, are you a witch?” When the old man said no, his son, Nurul was called out. “Is your father practicing black magic?” was the question posed to him. He too assured them that his father was no witch.

Assurances that didn’t do any good as the police found the old herdsman’s dead body a few days later in the Brahmaputra river.

Curious is the fact that the four people who face trial for the murder are all Pegu’s blood relatives. The police charge sheet has “witch-hunting” written on it.

The fact that the Majuli people have a long history of belief in witches- called daayanis makes it easy for occultism to rise its head again in times when scientific healthcare is sparse. (The fact that the current administration under the Prime Minister, Mr.Narendra Modi has made drastic budget cuts on health doesn’t help matters either). Of course, it might be simplistic to say that a lack of trained doctors is the only reason for this atavistic throwback but there’s no doubt that the resurgence could be pulled down to a good extent if there were proper health facilities.

According to Kuladhar Saikia, the Police Chief who led the anti-witch hunting drives in Assam, the prevalence of witch-hunting has close connection to the absence of healthcare in rural regions. In certain cases the “witches” are chosen by quacks or tantric healers, selling cures and performing purification ceremonies being their bread and butter. Saikia says that there’s a distinct lack of awareness about the modern healthcare system. In the absence of doctors, the healers give herbal medicines that are opium-based. Sometimes they give anesthetic pills or painkillers that could have hallucinatory effects. As Saikia puts it, “This is where the problem can start.”

In 2012, for instance, in one of the villages in the island, 35 people who were suspected to be witches were kept under a virtual house arrest. To ensure their safety the police had to dispatch 24-hour surveillance(thank god there are cops even though no doctors!). Again in 2012 five members of a family were killed, they being accused of practicing black magic. Two others were hacked to death- their bodies getting thrown in the river.

Majuli not the only one

Majuli is just one of the many Indian places where a rise in incidents of witch-hunting is noted. As per the most recent data from the National Crime Records Bureau, in 2015, 135 people were killed in the name of witchcraft- that’s one person every three days. But with few witnesses eager to come forward, the actual number could be even higher.

As for how to end the problem, the answer is fairly straightforward- better health infrastructure in rural India. But is anyone listening?