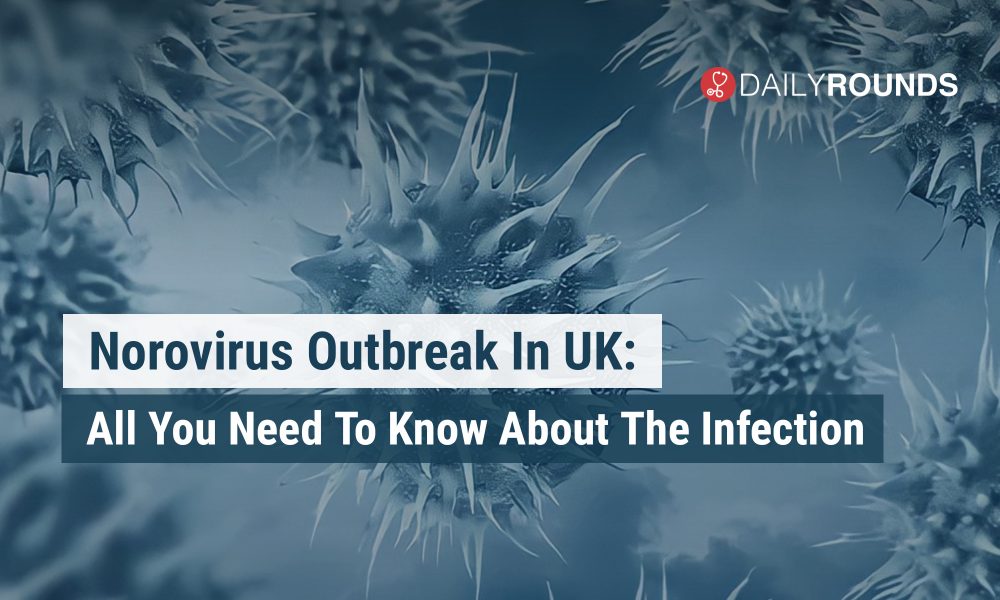 Norovirus Outbreak In UK: All You Need To Know About The Infection

While the world is still fighting the Covid-19 pandemic, there’s an outbreak of another highly infectious virus called norovirus in the United Kingdom. The Public Health England (PHE) has recently issued a warning after the cases of norovirus are increasing rapidly.

According to PHE, since May-end England has reported 154 cases of norovirus. The health body said that this is a three-fold increase in cases over the same time period during the previous five years. And in a more worrying development, the PHE reported an increase in norovirus cases in educational settings, particularly in nursery and childcare facilities. Here’s everything you need to know about the norovirus.

Norovirus, an RNA virus of the family Caliciviridae, is a human enteric pathogen that causes substantial morbidity across both health care and community settings. Infection with these viruses affects the stomach and intestines and causes an illness called gastroenteritis, an intestinal infection marked by diarrhea, cramps, nausea, vomiting and fever.

These viruses are responsible for about 90% of viral gastroenteritis outbreaks and close to 50% of cases across the world. On average, noroviruses cause 19 million to 21 million cases of acute gastroenteritis in the U.S. per year and send more than 450,000 people to the emergency room, according to the CDC. They cause more than half of all foodborne disease outbreaks each year. There are many types of noroviruses, and exposure to one type may not protect you from the others.

Is norovirus contagious? How is it transmitted?

What are the signs & symptoms?

According to the CDC, the most common symptoms of norovirus are diarrhea, vomiting, nausea and stomach cramps. Other symptoms include low-grade fever, headache, muscle aches and fatigue.

Diarrhea, stomach pain and vomiting typically begin 12 to 48 hours after exposure. Norovirus symptoms usually last one to three days, and most people recover completely without treatment. Also, some people with norovirus infections show no signs or symptoms. However, they are still contagious and can spread the virus to others.

What are the complications?

For most people, norovirus infection usually clears up within a few days and isn’t life-threatening. But in some people — especially children, older adults and people with compromised immune systems — norovirus infection can cause dehydration. According to the CDC, the infection can cause severe dehydration, malnutrition and even death, especially in people who are older or immunocompromised, or in women who are pregnant.

There is no specific treatment or medication to treat people with norovirus illness. Infected individuals must remain well hydrated, drinking plenty of fluids. Fluids containing electrolytes and sugars should be encouraged. Over-the-counter antidiarrheal medications may be used according to directions but should be avoided in cases with severe abdominal pain or fever. Some researchers advise people to avoid these medications if possible as they may prolong the disease.

How to prevent the infection?

Norovirus infections can be prevented by using good hand hygiene with soap and water and avoiding contact with sick individuals and their environment. Although the body makes antibodies against the infecting strain, there are many strains that cause infection. The virus constantly creates small mutations in its RNA to make new strains that evade the human immune system. Because there are many different strains of norovirus, it has been difficult to make a vaccine. However, this is an active area of research, and there are some vaccines that have shown promise in murine models. Vaccine trials are now beginning in humans, but there is no commercial vaccine currently available.