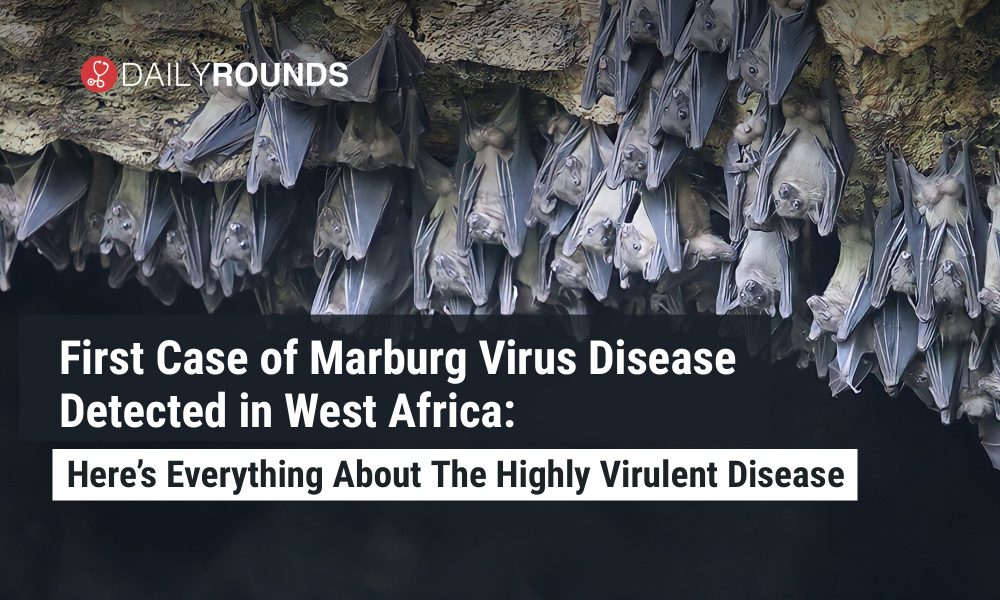 As the world focuses on battling COVID-19, another dangerous virus was detected in Africa this month, causing concern among healthcare experts around the world. Health authorities in the West African nation of Guinea confirmed a case of Marburg virus disease on August 9, in the southern Gueckedou prefecture, according to the World Health Organization (WHO).

This is the first time this virus, which causes a highly infectious hemorrhagic fever similar to Ebola, has been detected in West Africa. The lethal virus was found in samples taken from a patient who died on August 2 in southern Gueckedou prefecture. Guinea is currently monitoring 155 contacts after the confirmed case, WHO said.

What is Marburg virus disease?

Marburg is a highly virulent disease that causes hemorrhagic fever and is in the same family of viruses that cause Ebola. According to WHO, two large outbreaks that occurred simultaneously in Marburg and Frankfurt in Germany, and in Belgrade, Serbia, in 1967, led to the first recognition of the disease.

According to the CDC, viral hemorrhagic fevers (VHFs) are caused by four distinct virus families: Arenaviridae, Bunyaviridae, Filoviridae, and Flaviviridae. The Marburg virus is considered a filovirus (filoviridae). Filovirus is the same family of viruses that Ebola belongs to. Symptoms are virtually identical to Ebola and mortality ranges widely from less than Ebola — about 28 percent is the lowest mortality and 88 percent is the highest recorded mortality.

How is it transmitted?

After the initial crossover of the virus from host animal to humans, transmission occurs through person-to-person contact. The transmission can then happen via direct contact to “droplets of body fluids from infected persons, or contact with equipment and other objects contaminated with infectious blood or tissues.” According to the WHO, human infection with this disease initially results from prolonged exposure to mines or caves inhabited by Rousettus bat colonies.

Signs and symptoms of Marburg disease

The symptoms of Marburg virus infection usually come on suddenly after an incubation period of about five to 10 days. According to CDC, the early symptoms include fever, chills, headache, and myalgia. Around the fifth day after the onset of symptoms, a maculopapular rash, most prominent on the trunk (chest, back, stomach), may occur. Nausea, vomiting, chest pain, a sore throat, abdominal pain, and diarrhea may then appear.

Symptoms become increasingly severe and can include jaundice, inflammation of the pancreas, severe weight loss, delirium, shock, liver failure, massive hemorrhaging, and multi-organ dysfunction. Because many of the signs and symptoms of Marburg hemorrhagic fever are similar to those of other infectious diseases such as malaria or typhoid fever, clinical diagnosis of the disease can be difficult, especially if only a single case is involved.

Currently, there is no specific treatment for Marburg virus disease. Supportive hospital therapy should be utilized, which includes balancing the patient’s fluids and electrolytes, maintaining oxygen status and blood pressure, replacing lost blood and clotting factors, and treatment for any complicating infections. Experimental treatments are validated in non-human primate models but have never been tried in humans.

Is it possible to prevent the Infection?

There is no antiviral drug or vaccine approved for use in humans against Marburg viruses. Preventive measures are based on barrier techniques (isolation techniques) that isolate the infected patient from other human beings.