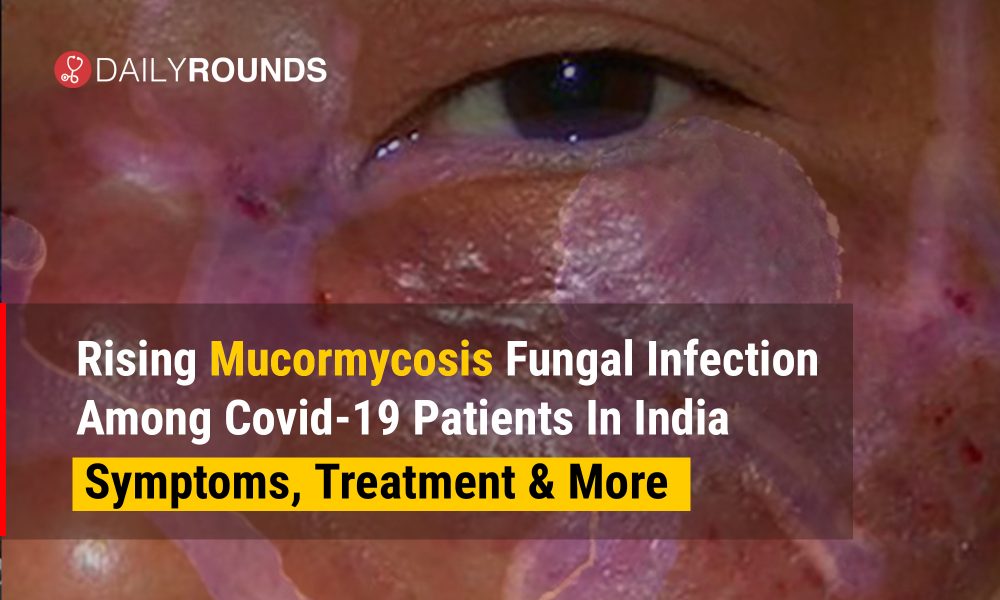 Over the past few days, we’ve been reading a lot of reports of a rare but fatal fungal infection that is being detected amongst Covid survivors and recovering Covid patients. The disease, known as mucormycosis and colloquially as “black fungus”, often manifests in the skin and also affects the lungs and the brain. Let’s look into the details of this fungal disease which may turn fatal if not taken care of well enough.

Although rare, mucormycosis is a serious infection. It is caused by a group of moulds known as mucormycetes present naturally in the environment. It mainly affects people who are on medication for health problems that reduce their ability to fight environmental pathogens, say experts from the Covid-19 task force.

It primarily affects the sinuses, the brain, and the lungs and can be life-threatening in diabetic or severely immunocompromised individuals, such as cancer patients or people with HIV/AIDS. Experts believe mucormycosis, which has an overall mortality rate of 50%, maybe being triggered by the use of steroids for severe and critically ill Covid-19 patients.

How frequently are cases being reported?

While cases are on the rise, there has been no major outbreak. Niti Aayog member Dr. V K Paul said at a media briefing that there has been no major outbreak and they were monitoring cases being reported. However, with several mucormycosis cases detected in Delhi, Maharashtra and Gujarat, experts in the national Covid-19 task force on Sunday issued an evidence-based advisory on the disease.

What are the signs and symptoms?

The fungal infection is usually diagnosed by numbness in the nose. The other symptoms of mucormycosis are eye swelling, one side swelling of the face, nasal or sinus congestion, excretion of black mucus, shortness of breath, bloody vomits, altered mental status, fever, headache and coughing. Experts emphasise that the symptoms manifest faster in people living with diabetes.

According to the advisory, infection with mucormycetes should be suspected when there is:

However, experts advise that one should not count all cases of the blocked nose as cases of bacterial sinusitis, particularly in the context of immunosuppression and/or Covid-19 patients on immunomodulators. “Do not hesitate to seek aggressive investigations, as appropriate (KOH staining & microscopy, culture, MALDI-TOF), for detecting fungal etiology,” the advisory further reads.

While it is treated with antifungals, mucormycosis may eventually require surgery. Treatment options include installing peripherally inserted central catheter, maintaining adequate systemic hydration, infusion of normal saline intravenously before Amphotericin B infusion and antifungal therapy for 4-6 weeks besides monitoring the patient clinically with radio imaging for response and to detect disease progression, the ICMR-health ministry advisory stated.

According to the advisory the disease can be managed by controlling diabetes, discontinuing immunomodulating drugs, reducing steroids and extensive surgical debridement to remove all necrotic materials. However, the management of Covid patients with mucormycosis is a team effort involving microbiologists, internal medicine specialists, intensivist neurologists, ENT specialists, ophthalmologists, dentists, surgeons (maxillofacial/plastic) and others.

Click here to read the detailed Evidence-based Advisory in the time of Covid-19 (Screening, Diagnosis & Management of Mucormycosis)