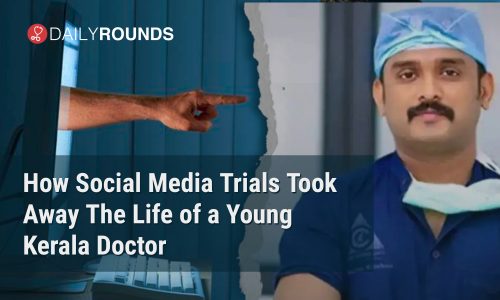 Shocking: How Social Media Trials Took Away The Life Of a Young Kerala Doctor

The death of Dr. Anoop Krishna, a young orthopaedic surgeon based in Kollam, Kerala, has left the entire medical community shaken. According to the police, 35-year-old Anoop died by suicide and wrote ‘sorry’ on a wall in his house. They are probing whether the doctor took the step as he had received a lot of flak recently on social media for a surgery at his hospital in which a seven-year-old child had died. Doctors in Kerala have come out in support of Anoop, condemning such ‘trial by media’ without understanding facts. So let’s look at the factual side of things which led to the death of a successful young doctor.